Postcard: Darmstadt - A Newspaper House with a Difference

It immediately strikes you in the eyes as you climb up the staircase - Newspapers of various colours with varied masthead designs, from different parts of the world, with different languages, all stacked on the wall. The striking arrangement is such that your eyes cannot help but take a second, third and fourth look. You are fascinately drawn towards this "wave of Newspapers". 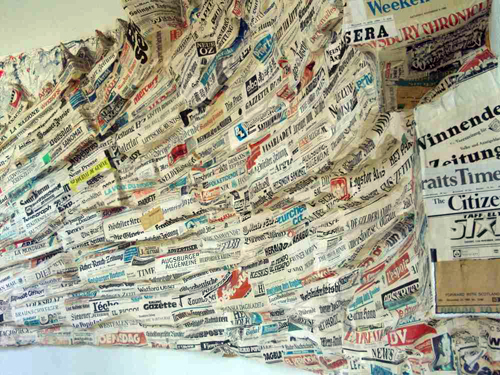 It's a very interesting piece of artwork, which happens to be housed at the headquarters of the World Association of Newspapers and News Publishers, known simply as WAN-IFRA, in Darmstadt, Germany. Indeed, in an age where many Newspaper houses are having difficulties staying afloat, and many folding up, you immediately get a feel of the mission of WAN-IFRA. 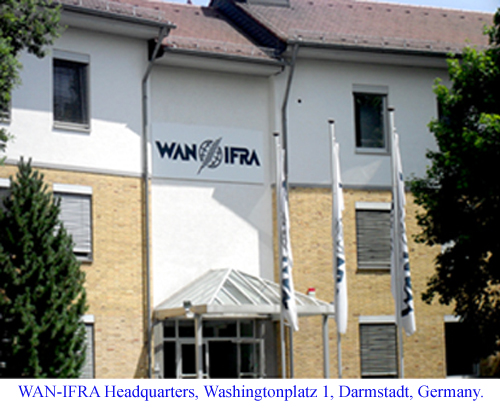 I had read and researched about the organization, but visiting the WAN-IFRA headquarters was one dream perhaps never dreamt. Or so it seemed at the time. It was a great pleasure meeting Dean Roper, Editor-in-Chief of WAN-IFRA magazine, Birke Becker, Assessor jur., Director Membership Services of WAN-IFRA, and Brian Veseling, Senior Editor for WAN-IFRA's Publishing, Editorial and General Management Business Unit. 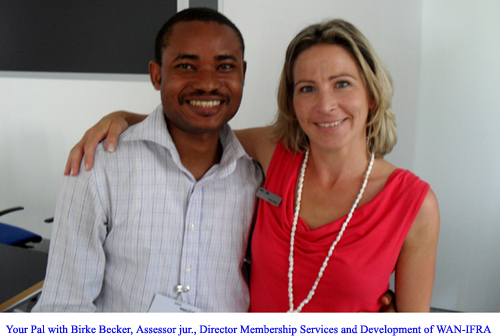 The task of WAN-IFRA has continued to be broadened over the years. Basically, its objectives are to defend and promote press freedom and the economic independence of newspapers as an essential condition for that freedom. It's perhaps, an objective that harps on the now famous view of Thomas Jefferson about the newspaper: "Were it left to me to decide whether we should have government without newspapers, or newspapers without government, I should not hesitate a moment to prefer the latter."

In an age where the digital platform has no doubt overtaken the analogue platform (or more appropriately the traditional platform of news dissemination), WAN-IFRA also contributes to the development of digital news publishing, without eroding its encouragement of the traditional media, through encouraging contact and discussion between executives and editors from different regions and cultures. 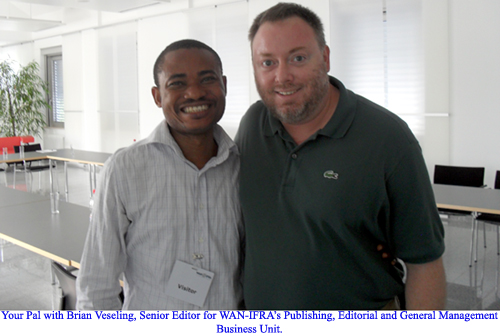 Among many other involvement in expanding the frontiers of the media, WAN-IFRA, recently collaborated with Swedish International Development Co-operation Agency and the Media Development Loan Fund, to launch the "Social Investment in Media Initiative". It's an initiative geared towards promoting innovative mechanisms to invest in developing countries and emerging markets.

It's no doubt delightful to be associated with WAN-IFRA.

WAN-IFRA Launches New Training Center for Newsrooms of the Future