“It has always seemed to me the real art in this business is not so much moving information or guidance or policy five or 10,000 miles. That is an electronic problem. The real art is to move it the last three feet in face to face conversation.” — Edward R. Murrow, on "Issues and Answers", ABC TV, August 4, 1963. 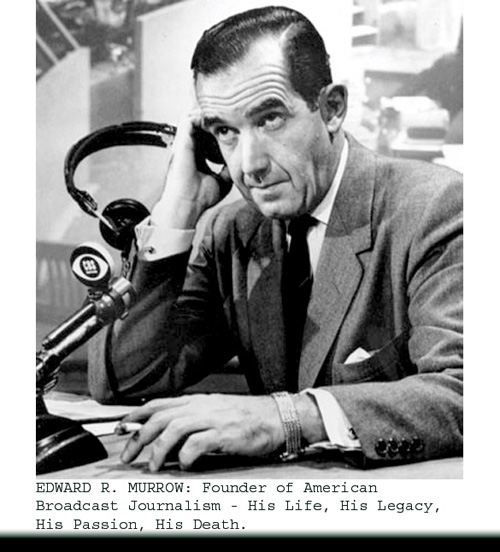 Edward R. Murrow is reputed as one of America's most celebrated broadcast journalists, one whom many have ascribed the title: Founder of American Broadcast Journalism. Such an attribute, is however, not an overstatement.

In Edward R. Murrow: Journalism at its Best, is an opened window into the life of Murrow - his passion, his legacy and his achievements, tailored in a deliberate fashion to prod the modern day journalist (whether, print, broadcast or online), to not only appreciate the power of the press, but to explore it positively.


Murrow's rise from a poor farmer's son to one of the most famous journalists in the United States (US), is quite intriguing. Born April 25, 1908 in Polecat Creek, North Carolina, he was raised in a family of farmers who were Quakers — a Christian religious denomination formally known as the Religious Society of Friends.

His love to bring information "face to face" with people, saw him join the Columbia Broadcasting System (CBS) in 1935 as director of talks and education. From there, he rose through the ranks, covering major events especially World War II. His reports, gave graphic pictures of the havoc the war was causing. In one of his reports he wrote:

"There were two rows of bodies stacked up like cordwood. They were thin and very white... Some of the bodies were terribly bruised, though there seemed to be little flesh to bruise. Some had been shot through the head, but they bled but little. All except two were naked. I tried to count them as best as I could and arrived at the conclusion that all that was mortal of more than 500 men and boys lay there in two neat piles."

His documentary, “Harvest of Shame” which focused on the plights of migrant agricultural workers, caused a lot of stir in the US. But the stir he caused most during his journalism career, was perhaps, his interesting encounter with Joseph McCarthy, the junior U.S. senator from Wisconsin.

No doubt, the life of Murrow, inspires a journalist to become the best in his profession. Murrow won the 1956 Emmy for Best News Commentary. In 1964, he received the Presidential Medal of Freedom. To his credit, are nine Emmys for his laudable achievements in the American broadcast industry.

For your pal, it was an opportunity to be among a group of journalists who celebrated this year's World Press Day at the United States Information Service office in Lagos, Nigeria, where this publication was made available. 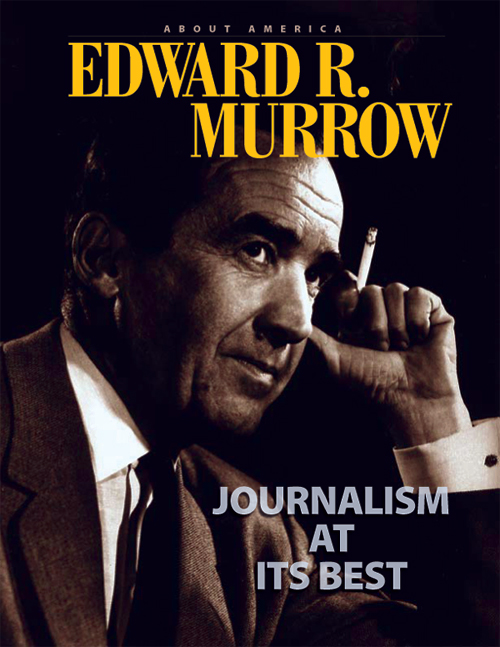