Gregory Lee, Jr., 37, has emerged as the new president of the National Association of Black Journalists, August 5.

The elections, which held at the 36th annual convention of NABJ in Philadelphia, Penn., saw Lee winning with 294 votes, accounting for 57 per cent of votes cast.

The senior assistant sports editor at The Boston Globe and current NABJ Treasurer, defeated his co-contestants, Deirdre Childress of The Philadelphia Inquirer and Charles Robinson of Maryland Public Television. Childress got 168 votes, while Robinson had 50 votes. 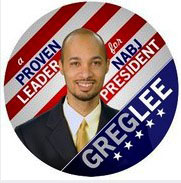 Lee becomes the youngest individual to be elected as president of NABJ. He has also worked for The Times-Picayune and The Washington Post. His esteemed service at the NABJ includes serving for four years as the national secretary. He also served an unprecedented four terms as chair of the Sports Journalism Task Force.

He takes over from Kathy Y. Times, as the 19th president of NABJ.

"It is both a privilege and an honor to have been elected to lead NABJ and I stand ready to continue to serve," Lee said. "There is a lot of work to be done."

The NABJ which started in Philadelphia in 1975, currently has 3,400 members.

NABJ withdraws out of journalist of colour alliance

A peep into media industry through eye of WAN-IFRA

Business reporting not a mystical beat