A peep into media industry through lens of WAN-IFRA

That Jacob Matthew, Executive Editor and Publisher of the Malayala Manorama Group of PUblications in Kerala, India, was elected April 8, as the President of the World Association of Newspapers and News Publishers (WAN-IFRA) is not at all a surprise.

India has been a huge success story in the newspaper industry. Media analysts have described India's newspaper industry as one that is nearly unmatched in world press history, with about 398 newspapers and a total circulation of 30,772,000.

Come July 1, Matthew will formally mount the saddle to begin a two-year term presiding over the affairs of WAN-IFRA. His election to the position held in Dublin, Ireland. He takes over from Gavin O'Reilly, Chief Executive Officer of Independent News and Media plc.

In the 2011 May-June edition of WAN-IFRA Magazine, Matthew shares his thoughts on the media industry:

"There are opportunities and challenges," he says. "We know the global trend in the industry...the encouraging sign in the Asian market...is different...one needs to address issues separately." 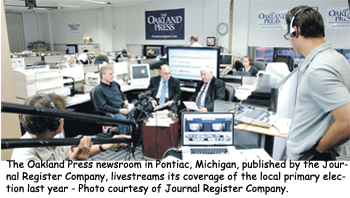 As usual, this edition of the WAN-IFRA Magazine, provides a fascinating insight into changes in newsrooms across the world, latest developments in the printing advertising industry, the burning issue for the need for press freedom across the lenght and breadth of the globe, and an interesting interview with Erik Bjerager, Editor-in-Chief of the Danish national daily Kristeligt Dagblad, who in February was elected President of the World Editors Forum.

One of the pertinent questions asked Bjerager, was on how newspapers could ensure editorial integrity and independence in new media environment where everyone wants to be the first to break the news - the "rabid breaking news mentality".

His answer: "The survival of newpapers on the Internet and on all digital platforms depends on their brands being synonymous with quality...a clear separation between quality news sites and other sites will emerge, and if news organisations want to retain their role as reliable sources of information, they need to embrace the tough but crucial task of remaining keenly focused on quality."

An interesting revelation in the publication is that though news dissemination is now more and more via digital media, news print still remain relevant, especially as a major source of revenue. The article, which makes an interesting read, is titled -  "Big money still in print".

Perhaps, some good news for the print media. 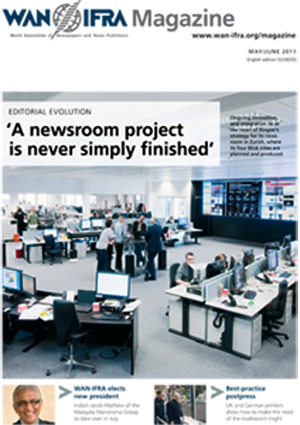 Business reporting not a mystical beat