A new review by BirdLife International, a partner of the IUCN Red List of Threatened Species, has revealed that the status of the world’s seabirds has deteriorated rapidly over recent decades and several species and populations are now perilously close to extinction. The report indicates that commercial fisheries pose the most serious threat to seabirds. 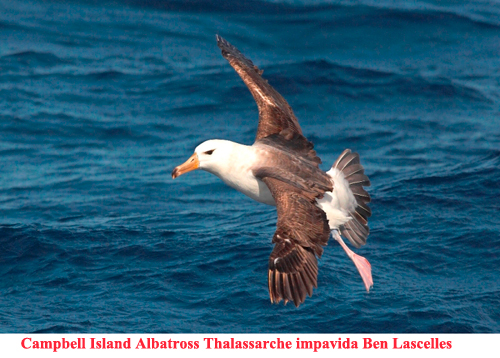 “This new data details the rapid deterioration of creatures that provide a crucial window onto the condition of the oceans,” says Jean-Christophe Vié, Deputy Director, IUCN Global Species Programme. “We must now use this information to enact changes that will reverse the loss of such an important group of species.”

Human activities lie at the heart of the staggering decline of seabird populations. At sea, commercial fisheries have depleted fish stocks, an important food source for seabirds, and caused the death of innumerable seabirds through accidental bycatch. On land, the introduction of invasive species has destroyed many breeding colonies.

“Seabirds are a diverse group with worldwide distribution, and as top predators they also provide a valuable indicator of wider marine health,” says Professor John Croxall, Chair of BirdLife’s Global Seabird Programme, and lead author of the paper.

There may still be time to reverse these declines and the review is clear on the actions that need to be taken. The sites where seabirds congregate—both onshore breeding colonies and offshore feeding grounds—must be protected. BirdLife has identified many Important Bird Areas (IBAs) for seabirds on land and plans to publish the first inventory of marine IBAs in the high seas. The goal is to use the identified areas to develop a global network of Marine Protected Areas and assist in the implementation of new approaches to the management and protection of marine systems.

In order to stem the disappearance of seabird populations, invasive species—specifically introduced rodents—must be removed from major seabird colonies. Several successful restoration projects have already taken place, and BirdLife is currently collaborating with Island Conservation and the University of California, Santa Cruz to compile a list of priority sites for future eradication operations. There is also a need for more research to fill existing knowledge gaps and address emerging threats such as aquaculture, energy generation operations and climate change.

Seabirds such as albatross killed by longline fishing