Prior to this, Professor Middelmann was the King's College Percy Crawford Chair of the religion and philosophy department at its Briarcliff Manor campus, before its relocated to New York City campus in the early 2000s.

According to Rober Case, director of WJI: "The opportunity of finally having Udo Middelmann speak to our young journalists is a wonderful blessing. In order to write like a Christian, one must first think like a Christian, and Mr. Middelmann has labored in Christian thinking for decades.”

In his current capacity as the Schaeffer scholar for WJI, he would present a series of lectures on the Christian worldview on May 16, at the WJI's capstone convergence journalism course in New York. 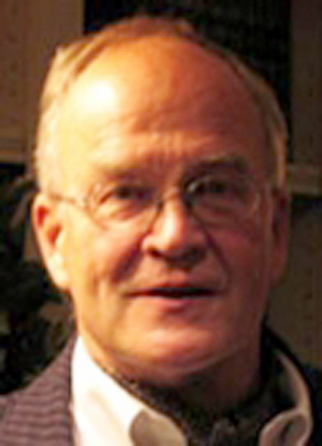 Middelmann, who grew up in Germany, has taught courses on worldviews, Christian apologetics, religion, and philosophy in the United States, Africa, the former Soviet Union and many European countries. he has served as president of the Schaeffer Foundation for over 20 years, before which he was a trustee and member at L’Abri Fellowship in Switzerland.

He holds degrees in law from Freiburg University, Germany, and in theology from Covenant Theological Seminary, St. Louis, Mo., USA. He has also worked with Dr. Schaeffer as associate pastor and is a long-time trustee, member and lecturer at the Swiss L’Abri. He  regularly publishes “Footnotes” a publication of the Schaeffer Foundation. Previous books written by him include Pro-Existence, The Market-Driven Church and The Innocence of God, and Christianity Versus Fatalistic Religions in the War Against Poverty.

Udo Middelmann: Haiti and the Innocence of God

Creativity and the Value of Work by Udo Middelmann