Steve Jobs, co-founder of Apple Computers, and former CEO of the company has died, in a twist that perhaps could only have been scripted by fate. He died just a few hours after the formal announcement and launch of Apple's iPhone 4S into the market. 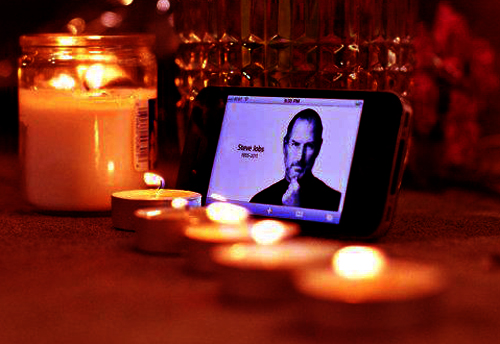 Jobs, who literally brought back Apple Computers, from the brinks, was innovation personified. He transformed everyday technology, from the use of computers in the office, to how we listen to music, eventually setting other computer technology companies to rethink the whole idea of computing and communication in the 21st century.

Jobs had been battling with pancreatic cancer, for about seven years, and had had a liver transplant. He is also credited to be behind the success of the computer animation firm Pixar, makers of Toy Story and Finding Nemo. He had only a few months ago stepped down as Apple CEO, stating that he could no longer continue as CEO.

Jobs, who died aged 56, would be remembered not only for his innovations, and his revolutionizing the technology industry, but also for his thoughts, speeches, style of leadership, and extraordinarily intriguing humble beginning. Born on February 24, to Joanne Carole Schieble and Abdulfattah Jandali, Steven Paul Jobs was adopted by Paul and Clara Jobs. He would not finish college at Reed College in 1972, leaving after only a semester because he believed his going to college was consuming so much of his parents savings. He however, still towed the technology path and still did not deviate from his dream of revolutionizing the technology world.

In his famous speech, which he gave at Sanford University, he said: "I am honored to be with you today at your commencement from one of the finest universities in the world. I never graduated from college. Truth be told, this is the closest I've ever gotten to a college graduation."

At another forum, he said: "Your time is limited, so don't waste it living someone else's life. Don't be trapped by dogma - which is living with the results of other people's thinking. Don't let the noise of others' opinions drown out your own inner voice. And most important, have the courage to follow your heart and intuition. They somehow already know what you truly want to become. Everything else is secondary."

Jobs, no doubt, changed the technology landscape, across the length and breadth of the universe, and would definitely be regarded as one of the greatest innovators of our time.

His inspiring speech at Sanford University about his humble beginning

Profile of Steve Jobs from 1983