Kate, the wife of the former Super Eagles Coach, Stephen Keshi, has died in the United States.

Keshi who revealed that his wife had been sick for a while said he never expected that the sickness will lead to her death. 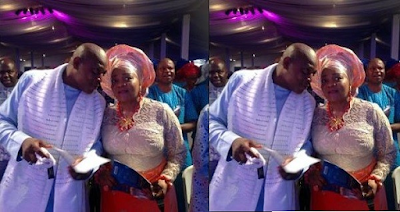 “She is more like a sister to me and was the rock behind me and everything I do. My love for her was at first sight,” he said.

He however revealed that the burial arrangements will be made public in the coming weeks.

Meanwhile, the Nigeria Football Federation, NFF has condoled with Keshi.

According to a statement on the NFF’s official website,  the President of the football association , Amaju Pinnick was said to have spoken at length with Keshi over the phone on Thursday afternoon, while the tragic incident filtered into the public space.

“This is devastating. To lose a spouse is the equivalent of a tragedy. I pray that Almighty Godwill give you and the children the fortitude to bear this huge loss,” Pinnick reportedly told Keshi.