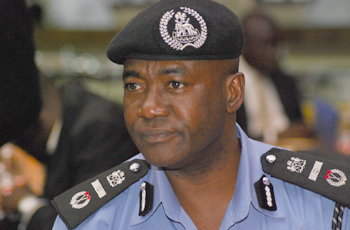 The move comes after the Nigeria Police Force, under the administration of Ringim, has remained helpless in curbing the incessant and growing insecurity in the country. Recently, too, a member of the notorious Boko Haram group, an Islamist sect that has claimed responsibility for the several bombings that has taken place in the country, was said to have escaped even while in police custody.

In order to show that the Nigerian government is keen on boosting security in the country, President Jonathan also approved the retirement of all deputy inspectors general of Police, DIG, with immediate effect. According to Reuben Abati, special adviser to the President on media and publicity issues, the approval was part of efforts to reorganize the Force. The DIGs removed include, Mrs. Ivy Uche Okoronkwo, Mr. Azubuko J. Udah, Mr. Sardauna Abubukar, Mr. Audu Abubakar, Mr. Saleh Abubakar and Mr. Mohammed A. Yesufu.

The president also established a special committee to oversee the urgent reorganization of the Nigeria Police Force. The committee would be chaired by Mr. Parry B.O. Osayande, DIG (retd) and chairman of the Police Service Commission.

Expectations for the new IG

Why Abubakar was picked

Can Abubakar triumph over Boko Haram?