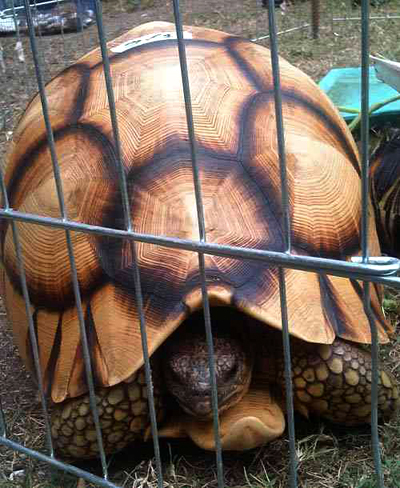 The man whose name has been withheld, confessed that he purchased the animals from Chatuchak Market, in Bangkok. He was scheduled to board an Air Asia flight home when his illegal loot was discovered. The Airports of Thailand officer who noticed the suspicious items alerted a National Parks, Wildlife and Plant Conservation Department officer who checked the bags and detained the suspect.

William Schaedla, Regional Director, TRAFFIC, a wildlife trade monitoring group, “It speaks well of a few alert enforcement authorities when such seizures happen. The Airport Authority is to be commended. However, one really has to question how Chatuchak Market, which is located just down the street from both Wildlife Protection and Nature Crime Police Offices, can continue these illegal mass sales."

Chatuchak is a major hub for some of the world’s rarest species in trade. Despite numerous reports to the authorities, illegal trade continues every weekend on an open basis.

Japanese men arrested for trying to smuggle live TURTLES into the U.S.