Jubril Bala Yakubu, former military administrator of Zamfara State, and James Dambaba, former Commissioner of Police, Lagos State, both accused of being involved in the attmepted murder of Alex Ibru, publisher of The Guardian, have finally been released from the Kirikiri prison, Lagos, where they had been detained. They breathed the fresh air of freedom, December 22. 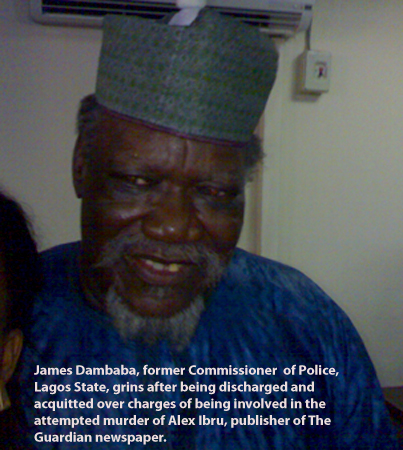 They, along with Hamza Al-Mustpaha, former chief security officer to the late General Sani Abacha, and Rabo Lawal, had on Tuesday, December 21, been discharged and acquitted over the allegation that they were involved in the attempted murder of Ibru. Justice Muftau Olokoba, had in a Lagos High Court, declared the evidences brought before it by the Prosecution as "worthless", and thereafter declared them discharged and acquitted. 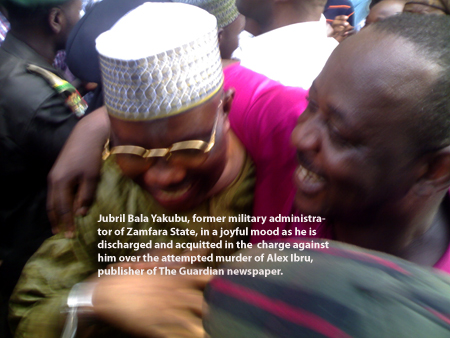 While Yakubu and Dambaba, are finally free and would spend the christmas with their families and loved ones, Al-Mustapha and Lawal are still being faced with allegations of being involved in the murder of Kudirat Abiola. There are, however, strong indications, that the outcome would be very much in line with that of Ishaya Bamayi, as well as their recent victory on December 21.

For Al-Mustapha it's a Long Way to Freedom