In a series of post on corruption which he shared on his Facebook wall recently, the Chairman of telecommunications company, Econet and Zimbabwe's richest man, Strive Maiyiwa, described how former Delta state governor James Ibori, who is serving jail term in the UK, allegedly demanded a $4.5 million bribe from him to set up and successful operate his business in Nigeria, promising to send him and his company parking from Nigeria if he failed to give the bribe. 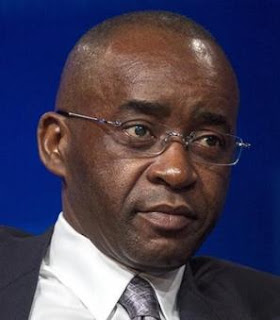 Masiyiwa in his post said Lagos and Delta state governments were co-investors when he brought the company into Nigeria. He said after he and other investors succeeded in bringing in the company into Nigeria, he was asked to pay a bribe totaling $9 million to top politicians. He also accused top politicians from Kenya, Zimbabwe, Liberia of being extremely corrupt and also demanding for bribe. He made so many accusations, your head will literally spin. Read his expository post after the cut..