20/11/2015 10:53
French Police are circulating this image which they believe is the only surviving Paris terror attack suspect, Salah Abdesalam. 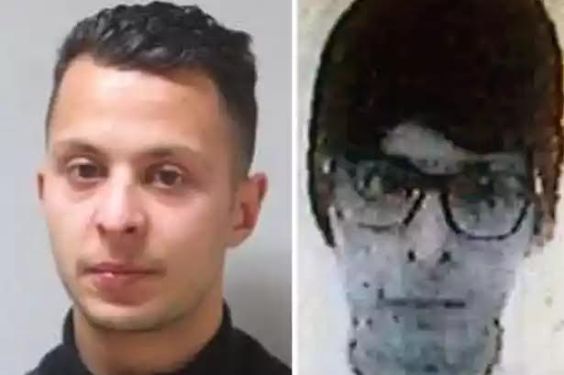 Spanish media say detectives think Salah Abdesalam, 26, is disguising himself in a wig and glasses as he evades capture. Police believe he was in the same flat in which master mind Abaaoud was killed but managed to evade capture. He was the one who hired the black VW Polo used by the terrorists on Friday. It's being claimed that he's also fleeing ISIS commanders who are angry that he backed out of suicide attack. He didn't fulfill his role as the 8th suicide bomber.

His friends are claiming that he's wracked with guilt over the 129 murders and wants to surrender to French police but fears ISIS reprisals against his family.

Abdeslam was allegedly the extremist caught on CCTV shooting people outside a cafe during Friday's attacks, but was not seen again during the murderous rampage. A friend has now claimed he backed out when he realised things had 'gone too far'.
A source, who claimed to have seen Abdeslam in Molenbeek, Belgium, on Tuesday, told Belgium's SudInfo: 'He was overwhelmed by what was happening. But he could not hand himself in as this could have consequences for his family.'
The source told the journalist he feared ISIS - and wanted a message passed onto his brother Mohammad, who has urged him to hand himself in repeatedly.
They also claimed he was no longer in the area, but police were on high alert last night after he was reportedly sighted on foot in the Belgian capital.
Source: UK Daily Mail
Back