The first passenger jet made by a Chinese company rolled off an assembly line in Shanghai on Monday following seven years in development and delays, a report said. 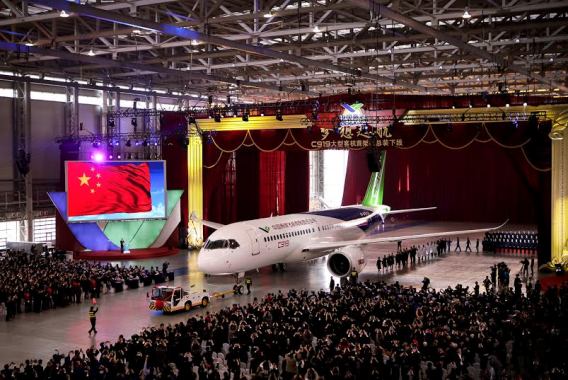 The C919, developed by the state-owned Commercial Aircraft Corporation of China Ltd, COMAC, would have 158 seats and a range of 4,075 kilometres.

The jet would make its maiden flight next year and then undergo test flights for another three years before it will be ready for commercial use, the report said.

In the same development, COMAC said in a statement that the C919 had already received 517 orders from 21 customers, including 50 from the state-run Ping An Leasing, a subsidiary of Ping An Insurance.