"Walt Disney! Walt Disney! This guy must be crazy! Only a crazy guy could make unreality look so real." Those words kept thumping through my mind as I traipsed from one fascinating site to the other on my visit to Disney World in Orlando, Florida. It was a good precursor to reading a biography of Walt Disney.

Without such a visit, indeed, reading Walt Disney's biography, would no doubt have remained an incomplete journey into the mind of this great cartoonist and inventor extraordinnaire. Embarking on a journey to Disney World greatly complemented my reading Neal Gabler's well-written book on him, titled "Walt Disney: The Triumph of the American Imagination". The book is a very bold attempt at highlighting the struggle and triumph of this great inventor, who no doubt achieved his own American dream. 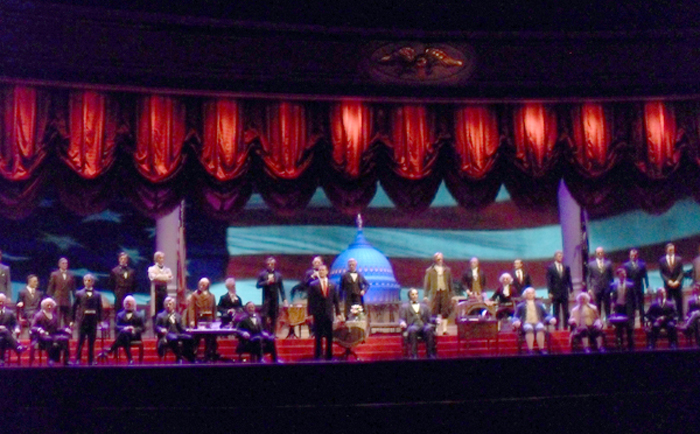 Perhaps, one would not be exaggerating, by saying that it's the dream of anyone to visit Disney World, especially with the international acclaim and popularity of the famous Mickey Mouse. I know there are a number of such Parks across the world, including Califormia in the United States, and Paris, France, yet the Orlando Disney World, which indeed, was the first to be created by Walt Disney, for me has an allure that keeps you coming back in spite of the high cost you incur.

Dreams come through at the Magic Kingdom. Traipsing through the lenght and breadth of the Park, one cannot but marvel and appreciate the great inventions of Walt Disney. It might not be out of place to say that nothing is real in Disney World, perhaps with the exception of the human beings savouring the splendour of this rather unreal world.

This is of course, not an attempt to profile Walt Disney, nor the Disney World, as it would amount to doing an incomplete job, and great injustice to what Walt Disney has come to symbolize in the world of inventions and arts in general. It is however, to chronicle my visit to the Park in this short and interesting video clip.

So, let the memories continue.