Ferial Haffajee, chair, independent judging panel of the 2012 CNN/Multichoice African Journalist awards has announced the finalists of the competition now in its 17th year. 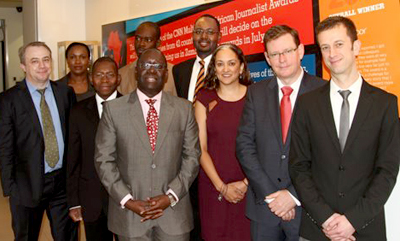 “The growing quality of the entries we pored over is a reflection of a growing continent claiming its place in the sun,” Haffajee said.  “We were impressed by the enhanced quality and competitiveness of the work before us; by the heart and soul poured onto pages and into pixels; by the adventurist spirit of the entries which came from more countries than ever before.”

Out of the entries sent in from 42 countries, including French and Portuguese speaking countries, 34 finalists were shortlisted, representing 12 countries.

The Award ceremony and gala evening will hold in Lusaka, Zambia, July 21, with Isha Sesay, host of CNN International’s NewsCenter and Franklin Tembo Jr. ZNBC presenter. The winners will be announced at the ceremony.