All ministers will get portfolios, says Shehu Garba

Senior Special Assistant to President Buhari on Media and Publicity, Shehu Garba, has said that contrary to what is being interpreted from President Muhammadu Buhari's chat with ChannelsTV in India last week, all the 36 ministers recently screened by the senate will get portfolios but not all of them will oversee a ministry. 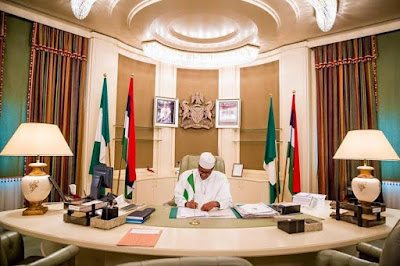 In an interview with Daily Trust, Shehu said: “You know we have a structure of government in place in this country whereby there are substantive ministers and ministers of state. What the president meant (in the interview granted) was that not all the ministers in his cabinet will have the full control of the ministries. You know it is not possible to have the number of ministries more than the number of ministers. Even former President Goodluck Jonathan had 28 ministries and 42 ministers. So, what the president meant was that some of his cabinet members would be ministers of state.”

Asked whether this implies that all the ministers will have portfolios, Shehu answered in the affirmative, saying: “Yes, that is what it means. But not all of them (the ministers) will have the full command of the ministries”.

During the interview which was aired on October 30, 2015, President Buhari had said: "There used to be 42 ministers. I think we will be lucky if we can have half of that now because we cannot afford it. Others may not be substantive ministers but they will sit in the cabinet because that is what the constitution says and we cannot operate outside the constitution."