This information is contained in a statement by the FCMC management. 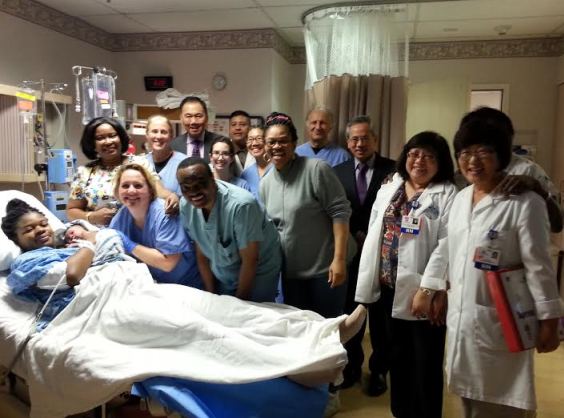 The statement also indicated that the baby girl is in good health and has been certified Ebola-free by the doctors at the US hospital.

The statement further noted that Igonoh was under medical surveillance during her pregnancy and delivery to ensure that her child was born free of the viral infection.

It will be recalled that the World Health Organization, WHO, also once warned that the virus can stay in a victim’s semen or body system many months after contracting the disease.

Igonoh is the only female medical doctor to have survived the deadly disease after seven other officials in the hospital had primary contact with the index patient, Patrick Sawyer.

Igonoh [watch video] noted that she was exposed to Sawyer while she was re-administering an I.V. fluid on Sawyer, who was on admission at the hospital.

Igonoh, who was afterwards certified free of the viral disease, said she had to incorporate some dietary changes to boost her immunity levels even after she was discharged from the isolation centre in Lagos last year. Staff and friends of FCMC are in an obvious jubilant and celebratory mood as they welcome a new lease of life to the institution and in memory of fallen colleagues and survivors of Ebola.

The WHO, in concert with the Center for Disease Control, on October 20, 2014 formally declared Nigeria free of the Ebola virus.

Ebola scare in Nigeria is false: WHO

UK-trained doctor who tried to save Nigeria from Ebola

How Nigeria beat the Ebola virus in three months