"Regardless of all the progress, the Afghan media situation remains very tense. Independent journalists are under pressure. They are intimidated and harassed by a range of parties, including security forces, politicians, government officials and Taliban groups," writes Jaisu Bhullar, in the Alumni Review of the International Institute for Journalism (IIJ) - What's On.

Titled, Pseudo Name Give Freedom to Express, Bhullar's article provides an incisive analysis of the current state of the media in Afghanistan, especially after the "fall" of the Taliban. Bhulla reveals that journalists now have to use pseudo names for safety reasons, and that while the Afghan Media may have leapt from bound to bound, the Taliban, who ruled Afghanistan with an iron fist, are more media savvy than the Afghan government.

Bhulla's article is just one of the rich pieces you would find in "What's On - IIJ Alumni Review". Several of the articles evaluate the roles, responsibilities and challenges which journalists face across the globe - from east to west, and from north to south. 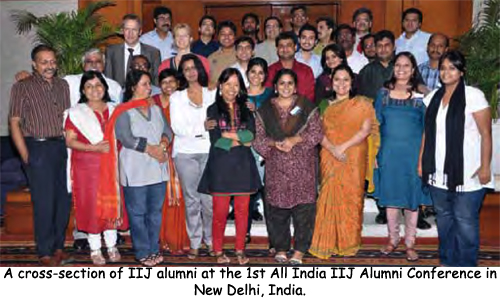 In the editorial, written by Astrid Kohl, head, IIJ, there is the information about the change that has occured in the IIJ, which began in January this year. "Since January 2011 we have been part of the GIZ – Deutsche Gesellschaft für Internationale Zusammenarbeit which brings together the long-standing experience of DED, GTZ and InWEnt," Kohl writes. "It is a federally owned company that supports the German government in achieving its objectives in the field of international cooperation for sustainable development."

Like previous editions, it also contains information about the progress of IIJ alumni, a cross-section of the institute's course programmes, and a section devoted in memory of Peter Prüfert, the former director of the IIJ, who died on September 25, 2010.

It's undoubtedly, an insightful resource material to possess. 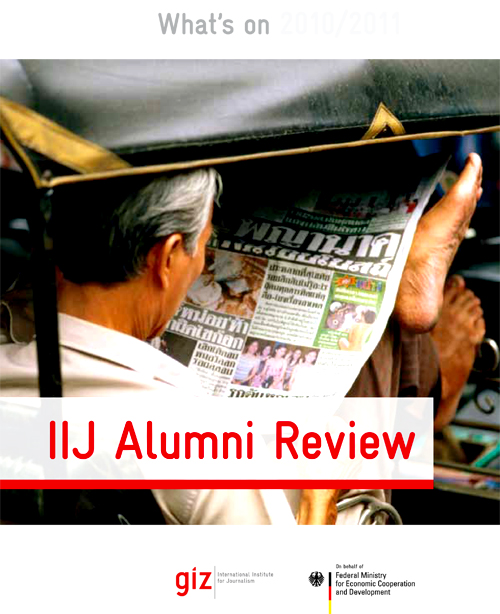